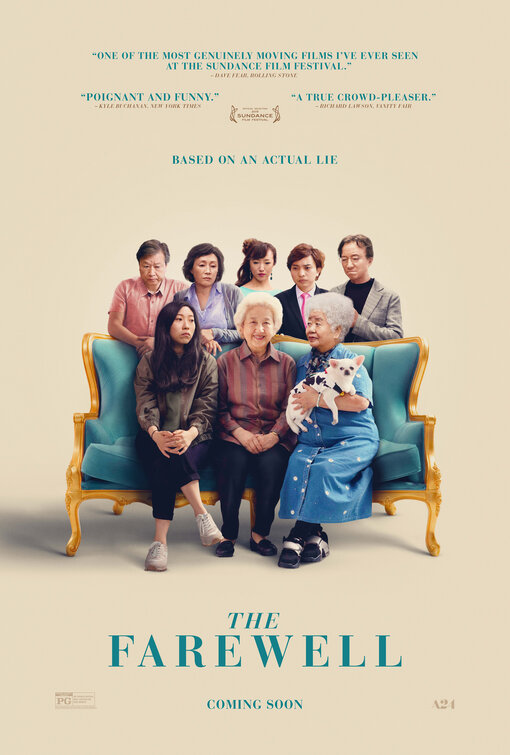 One SHOW only, 6:15PM at the Nugget Theater

“In The Farewell, Wang builds a funny, touching and vital film about what makes a family in any culture. It’s simply stunning. – Rolling Stone

The film’s opening text, “based on an actual lie,” is a semi-autobiographical account of a Chinese family’s decision to schedule an impromptu wedding before their beloved Grandmother passes, without letting her in on the news that she only has a short while left to live.

“Lulu Wang’s second feature, conjures a premise so rich with potential comedy, heartbreak and family weirdness that it can only have come from real life. Which it did, via an episode of ‘This American Life’ that first aired in 2016… Much of the charm and power of this story — about events leading up to a wedding that’s also a fake funeral of sorts — come from the palpable sense that it genuinely happened to someone.” – The New York Times