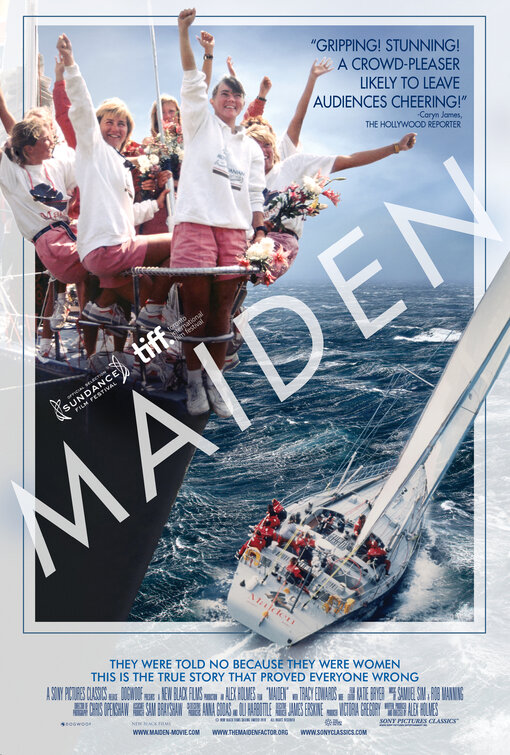 One SHOW only, 6:15PM at the Nugget Theatre

“Not just a ripping good yarn, but a meaningful one, too…a terrific documentary about the historic event.” – The Washington Post

In 1989 Tracy Edwards, a 24-year-old cook on charter boats, became the skipper of the first ever all-female crew to enter the Whitbread Round The World Race, a grueling yachting competition spanning nine months and 33,000 miles.

“A sleek, exhilarating documentary looks back at their race into history. Because while the Wikipedia entry on the 1989-90 competition includes basic information about the event, it neglects the fight for gender parity that Edwards and her crew represent.” -The New York Times

“Some of the footage, shot by crew members, radiates hold-your-breath suspense, especially when the Maiden pushes through the ice floes…near Antarctica. You’ll have your heart in your mouth as the yacht enters the final stretch. So sound the trumpets and roll out the cheers for these female pioneers. They’re still a cause for celebration.” – Rolling Stone